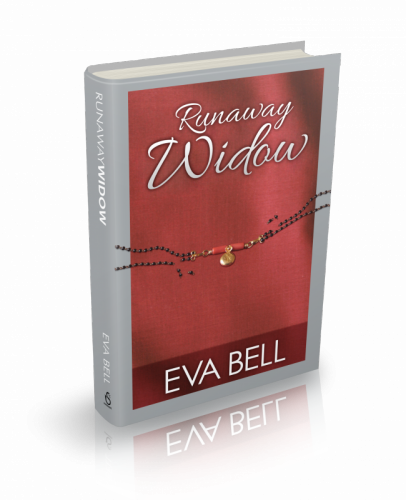 Blurb of the book:  Tara, a child widow flees from the narrow confines of her village, in pursuit of her dream of acquiring a good education. Her adventures and misadventures in Bombay are many. But she surmounts them all with extraordinary confidence. She inadvertently helps a detective solve a complicated case, but somewhere along the way falls in love with him. This is her touching love story. 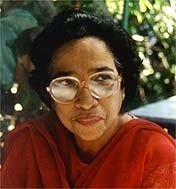 About the Author:  Dr. Eva Bell is a Fellow of the Royal College of  Obstetricians and Gynaecologists. She is also a freelance writer, and her short stories and articles have appeared in magazines, newspapers, anthologies and on the Net. Published novels are - Silver Amulet, When Shadow Flee, Halo of Deceit. Non-fiction books are Grace Abounding, Womanism - the Adventure of being a Woman, Ebooks Cactus Hill, Storm in the Desert, Survival Strategies in an Angry World.

Please purchase the Book at

1.Unlike your first three novels which have urban settings, your new book Runaway Widow is set largely in a tiny village in South Kanara. What made you choose this setting? Does your description of life in Nippur come from firsthand experience or from intensive research?

Answer: I was born and brought up in South Kanara and spent the last sixteen years of my professional career there. Being familiar with the traditions, customs, superstitions and with some intensive research, it was easy to weave them into my story. Nippur is the fictional name of a village that still exists, and description of life there half a century ago is authentic. The story is partly based on a child widow who was a friend.

2.The preface of this book talks about the practice of Bhuta or Demon worship in villages, a social evil present in the nineteen forties when the story begins. Does it still exist in today’s rural South India?

Answer: Yes, Demon Worship or Bhutaradhana still exists. In fact, demons are held in greater awe than the Brahmaniacal gods. Demons have to be periodically propitiated to keep calamities and misfortunes at bay, with ceremonies likekoola, banda, or nema. Propitiating these demons can be a very expensive affair.

3.You have dealt with two other social evils of the time, namely persecution of widows and lower castes. Do you think the solution of all evils even today, is acting with courage of conviction?

Answer: Persecution of widows does occur, maybe not so blatantly but in many subtle ways. Though the old system of bonded slavery is done away with, caste discrimination still exists. It takes enlightenment through education and tremendous strength of will to stand up and fight against such evils.

4.The female protagonist Tara a teenage widow, runs away to the city and returns fifteen years later as a poised and educated young woman, determined to make her dream come true. Her mother Sarala too is a strong character who brings about changes in her society. Do you believe that women characters should be strong and why?

Answer: Unless a woman is strong and self confident she cannot stand up to the ills of society. A woman should see her role as contributing to her identity and worth. Power has no sex.

5.There are two male protagonists in the book that are as unlike each other as chalk from cheese. Yet the one Tara loves is a shadowy figure who flits in and out of her life, showing only fleeting interest for her as a woman. Comment.

Answer:  What is unattainable is more attractive to a woman. Besides, Love comes unwanted and unbidden. As Laurence Houseman said, “A woman’s love is long and grows when it is waiting.”

6.You have woven almost a parallel plot in the book about the underworld at the time of the British. Was this important to the main story of Tara, and if so how?

Answer:  I felt it contributed to the suspense in the story. It gives the reason why Shekar is so preoccupied with his job and so immune to her feelings.

7.All your secondary characters Sister Carmalita, Madura, Dechi are interesting and credible. Which of them is your favourite?

Answer: I love all the secondary characters, but Madura is my favourite because I knew the slave girl on whom the story is based.

8. How long did it take to write your book?

Answer: The research and collection of information took over two years. But the actual writing of the book took about six months.

9. How much research was needed to write about the theatre scene in Mumbai, about the Calcutta crime world, about the nefarious activities of the British etc?

Answer: As I lived in Bombay for several years, I had a general idea of the Theatre scene; The nefarious activities of the sex slave syndicate was reported periodically in magazines and newspapers. It ran a profitable business because gullible Anglo-Indian women couldn’t wait to emigrate; I learnt details of the Calcutta crime world from someone who worked in the crime branch.

10.What is your next novel going to be about?

Answer: It will be about adopted children who come back in search of their biological parents and the cultural shock most of them experience.