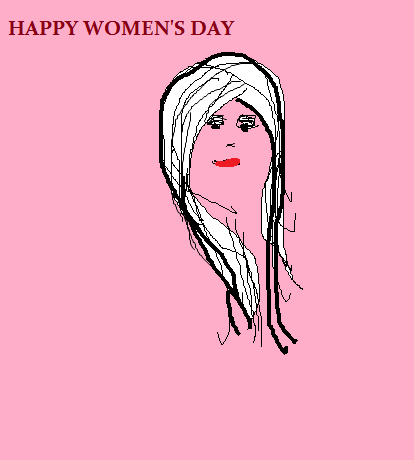 The International Women’s Day is celebrated on 8th March every year.

Women's group all around the world marked this special day to let all women know that they are important, appreciated and deserve to be respected, no matter who they are, whether they are working or not, their nationality, race or religion.

How did it start?

The idea of an International Women’s day was first started by Clara Zetkin in Copenhagen in the year 1910, which was supported by millions of supporters, and became very successful. The idea behind this movement was for equality for women in political affairs, and their right to universal suffrage. The first International Women’s Day was celebrated on 19th March 1911.

In 1913 onwards it was celebrated on 8th March every year, and in 1973,on the eve of the International Women’s Year, the United Nations officially recognized it.

Each year a theme is chosen for the celebration of International Women's Day.

2013 - A promise is a promise: Time for action to end violence against women.

2011 - The theme was on "Equal access to education, training and science and technology: Pathway to decent work for women".

2010 - The theme is “Equal rights, equal opportunities: Progress for all."

Find out more about this special day here..

Some inspiring quotes from powerful women

As you become more clear about who you really are, you'll be better able to decide what is best for you - the first time around.

You must learn to be still in the midst of activity and to be vibrantly alive in repose.

You never lose by loving. You always lose by holding back.

I know God will not give me anything I can't handle. I just wish that He didn't trust me so much.

Optimism is the faith that leads to achievement. Nothing can be done without hope and confidence.

We would never learn to be brave and patient if there were only joy in the world.

Character cannot be developed in ease and quiet. Only through experiences of trial and suffering can the soul be strengthened, vision cleared, ambition inspired and success achieved.

Relationships are like Rome -- difficult to start out, incredible during the prosperity of the 'golden age', and unbearable during the fall. Then, a new kingdom will come along and the whole process will repeat itself until you come across a kingdom like Egypt... that thrives, and continues to flourish. This kingdom will become your best friend, your soul mate, and your love.

Science may have found a cure for most evils; but it has found no remedy for the worst of them all -- the apathy of human beings.

If you can't feed a hundred people, then feed just one.

We need to find God, and he cannot be found in noise and restlessness. God is the friend of silence. See how nature -- trees, flowers, grass -- grows in silence; see the stars, the moon and the sun, how they move in silence... We need silence to be able to touch souls.

Kind words can be short and easy to speak, but their echoes are truly endless.

Holiness is not the luxury of the few; it is a simply duty, for you and for me.

You cannot hope to build a better world without improving the individuals. To that end each of us must work for his own improvement, and at the same time share a general responsibility for all humanity, our particular duty being to aid those to whom we think we can be most useful.

Everyone has talent. What is rare is the courage to follow the talent to the dark place where it leads.